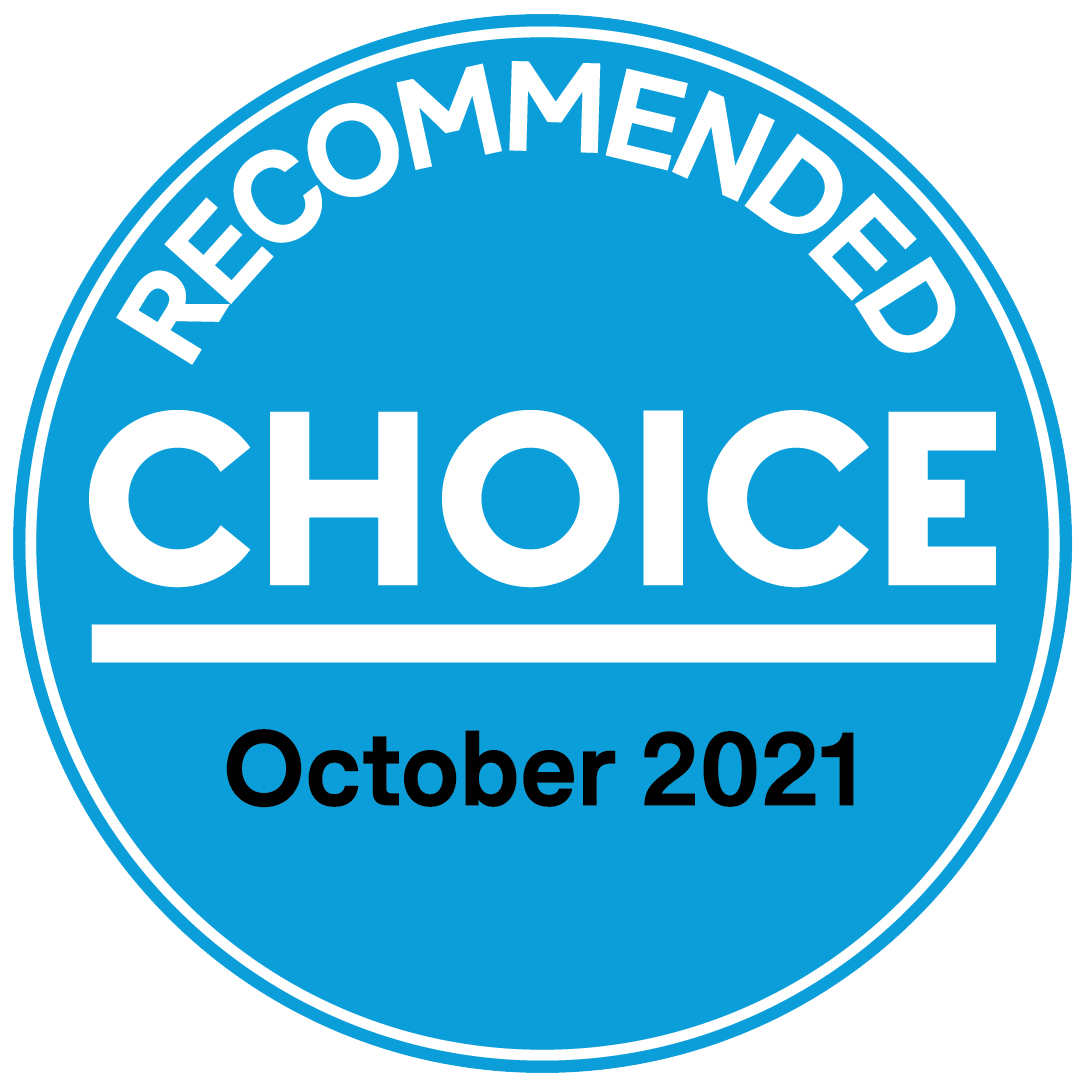 Watch: How desiccant dehumidifiers work and their benefits

A Guide to Choosing the Right Dehumidifier

How to choose the right dehumidifier for your needs

Compare the different desiccant dehumidifier models from Ionmax on the last page of this brochure!

Here's why and how dehumidifiers can help to remove mould permanently

Mould, as a fungus, needs certain conditions to grow: moisture, warmth, spores and nutrients. Of the four, the easiest condition to take control of is moisture.

Therefore, the most effective mould removal solution is with moisture reduction and control using a good quality dehumidifier.

With a dehumidifier, your home can be void of any excess moisture that's allowing mould to grow.

Ever wondered why after scrubbing mould away, it tends to slowly creep back soon after?

That's because you may have removed the spores and nutrients, but you haven't controlled the moisture in your air.

As soon as spores and nutrients are present in your home environment again, the moist air allows mould growth to take place once again. 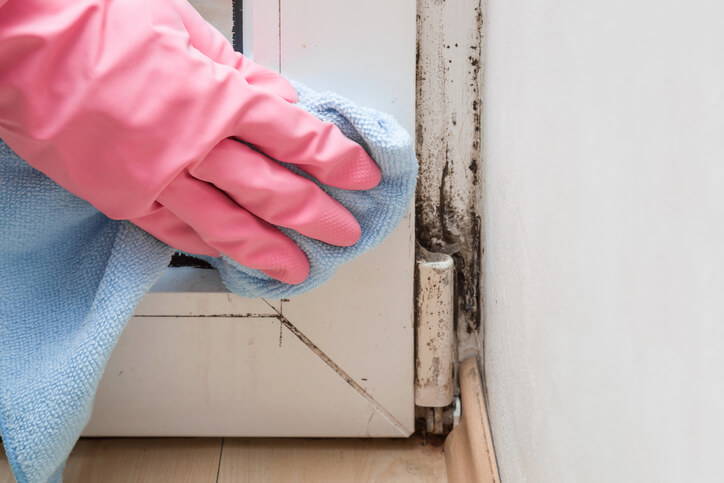 Moisture is the biggest factor when it comes to mould growth.
If there is no moisture, there is no way for the mould to grow, even if the other favourable conditions for mould growth are present.
You have to remove moisture from your home to get rid of the mould permanently.
The other factors (warmth, spores, and nutrients) are harder to control. Different species of mould require different factors.
Some may need higher temperatures, some lower; some require light, whereas some can grow in darkness.
However, all species of mould always need one factor to be present: which is moisture.

Mould requires the presence of a considerable amount of moisture for growth. An RH (relative humidity) level of 70% and above (for extended periods of time) encourages mould to grow.

By lowering indoor humidity levels and controlling them, you can prevent moisture buildup in your home, therefore preventing mould from growing.

The most effective, quick, and easy way to control moisture indoors is with a dehumidifier, which will remove excess moisture down to a certain humidity level and maintain it to that level.

Desiccant dehumidifiers are the best for mixed cold and warm weather

A dehumidifier works by drawing moisture out of the air and collecting it into a built-in tank for disposal.

There are different types of dehumidifiers in the market and it’s a good idea to do some research on how to choose a dehumidifier before you invest in one.

Desiccant dehumidifiers like the Ionmax Ion612 and Ionmax Ion632 are fast becoming a popular choice for Australian households, both being the recommended models by CHOICE consumer magazine since 2013.

If you want to get rid of mould in your home or office permanently, then you need a dehumidifier to constantly regulate the indoor humidity level and stop mould from having the chance to grow.

For more information on mould, we’ve found this mould fact sheet by the WA Department of Health to be very helpful.

Now that you know how to kill mould permanently, you can enjoy a clean, healthy environment at home safe from nasty, toxic mould! 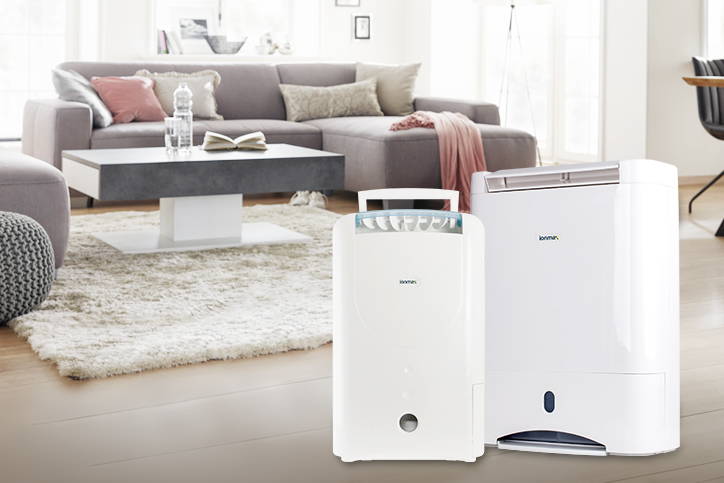 WHY ARE DESSICANT DEHUMIDIFIERS SO GOOD?

Most viruses and bacteria are fond of humid and cold environments. They are afraid of heat, and could very well be inactivated under high temperature. The higher the temperature is, the shorter the inactivation time.

Due to the nature of zeolite (the main absorption material of the desiccant wheel), it is very good at capturing small molecules in the air- that includes not only vapour but also all kinds of pathogens, allergens, spores, and even formaldehyde.

There is an ultra high temperature core within the desiccant dehumidifier, and it's main purpose to evaporate the vapour absorbed in the zeolite wheel; however, since the core temperature could reach temperatures of 200°-500°C, it also automatically sterilises the wheel while dehumidifying.

Which desiccant dehumidifier to buy?

If you're in Tasmania, Victoria, New South Wales, ACT, South Australia and New Zealand, then desiccant dehumidifiers will work great all year round as they provide efficient dehumidification in both cold and warm temperatures.

If you're in other states such as Queensland, Western Australia and Northern Territory where it's warm and humid most of the year, then the Ionmax ION622 Compressor Dehumidifier will be more suitable for you.

For dehumidification around the home, get the Ionmax ION610, ION612 or ION632, all of which are portable enough to carry from room to room.

For a built-in dehumidifier for the whole house, get the DF8 or DF12 industrial dehumidifiers- which can be ducted in to multiple rooms. Compare dehumidifiers online to find out which would be best for your needs.

Have any questions or would like more information? Just contact us at support@andatech.com.au and we'll be happy to help :) 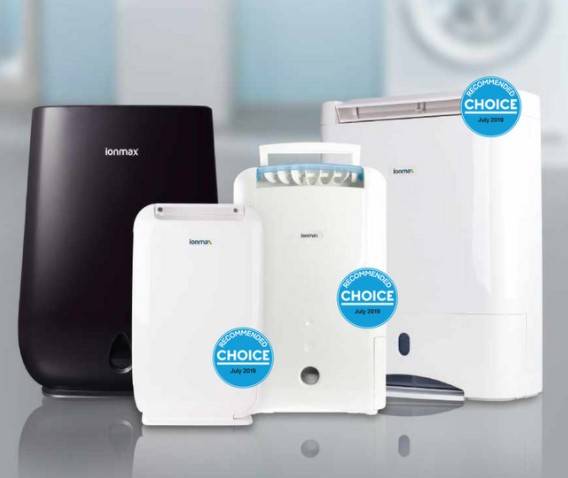 For years, our Ionmax desiccant models ION612 and ION632 have been rated by CHOICE Consumer Magazine as among the best in their dehumidifier reviews. The Ionmax ION632 desiccant dehumidifier, in particular, has been rated by CHOICE as the Best Overall Performer, beating over 10 other models, every year since 2013. Explore our range of models above to choose the best one for your needs. 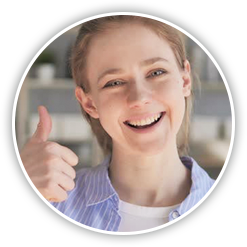 Ionmax dehumidifiers are some of the top rated in Australia. Recently reviewed by the CHOICE Consumer Body, the Ionmax ION632 and Ionmax ION612 Desiccant Dehumidifiers both came up on top when compared to other brands and models, and were highly recommended for their efficient moisture removal. Get the CHOICE Dehumidifiers Review here. 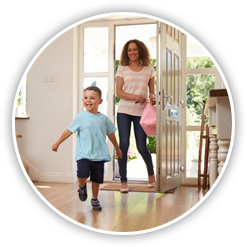 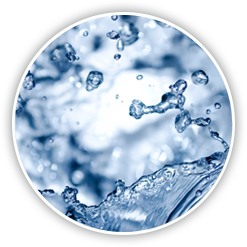 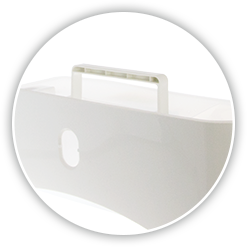 Designed with the user in mind, Ionmax humidity control devices are built to make them easy to use. This includes small things like timer functions, handles on the water tank, and continuous drainage options, as well as more important features like various modes, built-in air filters, and built-in humidistats for automatic operation.